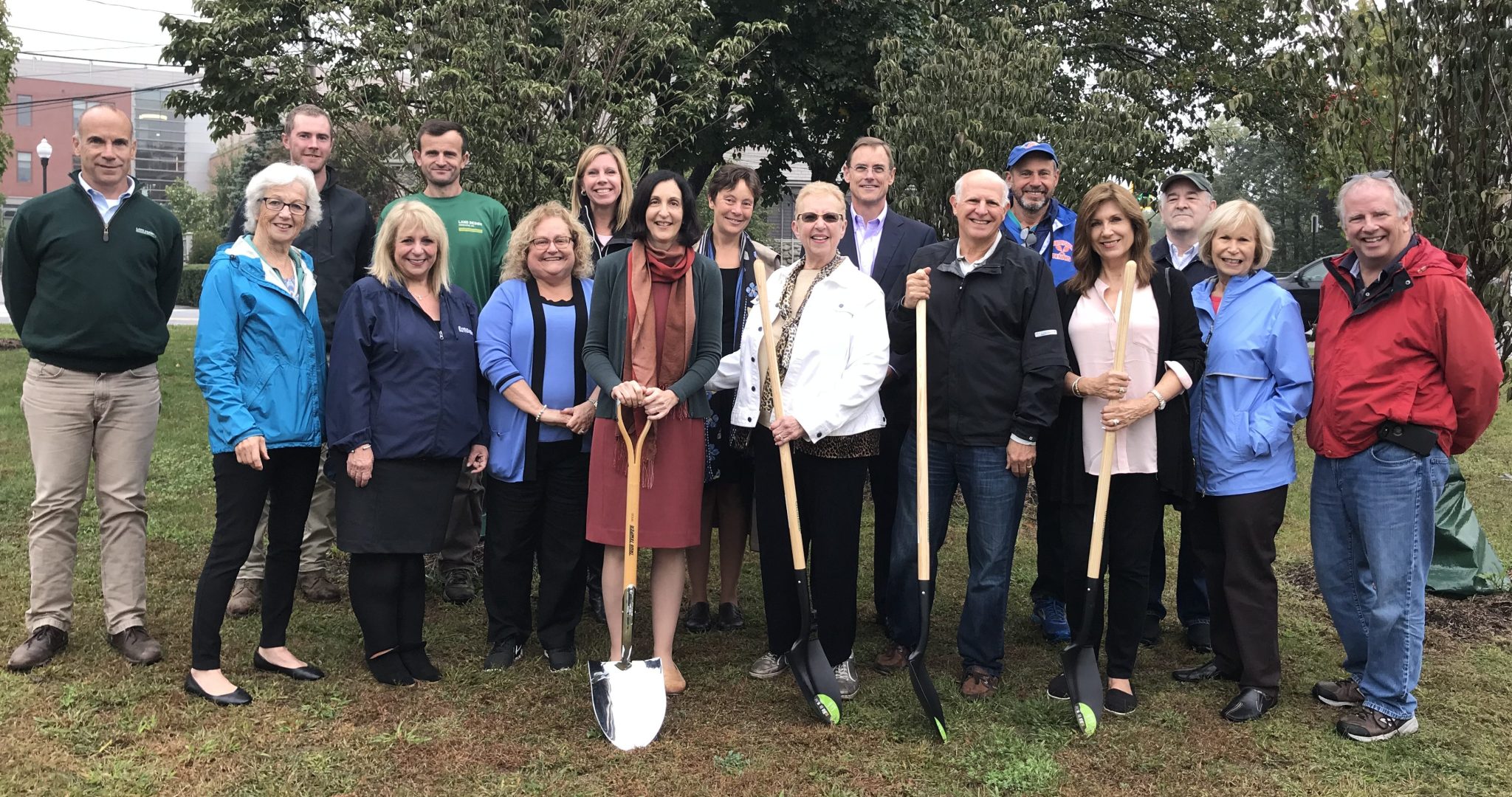 Members of the Waban Common Board met with local officials, including Mayor Ruthanne Fuller (center) to break ground on Waban Common on October 3rd.

“The creation of this park represents the culmination of years of planning by many people, and the result will be a signature green space for the Village of Waban,” said Waban Common President Sallee Lipshutz at the groundbreaking ceremony, while thanking the many businesses, residents and City Departments for their cooperation.

Many Waban residents and businesses have made contributions to Waban Common; thus far, we have raised over $64,000– more than halfway toward our goal of $100,000. The finished plan calls for a paved walkway and additional benches. A permanent plaque will honor founding donors who have given $500 or more. Waban Common, Inc. has also agreed to build a maintenance fund to sustain this community jewel.

And the work has already begun– Newton’s Parks and Recreation, Urban Forestry, Public Works and Engineering Departments made site improvements prior to the contracted work now just begun by Land Design Associates. Land Design is installing raised planting beds to hold hardy shrubs and bushes and is constructing two fieldstone sitting walls. Waban Improvement Society is funding an irrigation system, to be installed by Dawson Landscaping and Irrigation. Newton’s Lupien Tree and Landscaping Service, as a subcontractor, has already carefully ground down the interfering roots of the badly overgrown yews that were previously removed from the island.

In addition to a supporting donation, Waban Hardware provided the shovels for the groundbreaking and Starbucks, the coffee and pastries.