Flurries of Activity and Excitement on Waban Common; Two Important Installations During November and December 2022 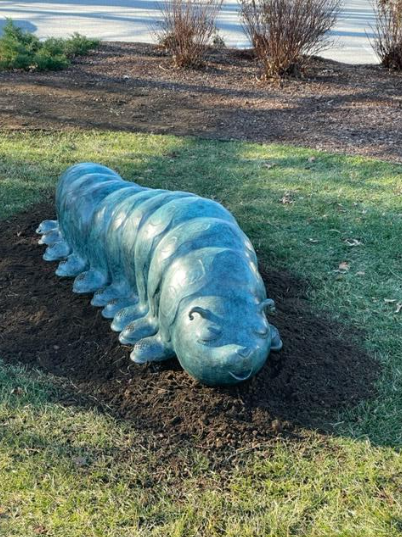 Flurries of Activity and Excitement on Waban Common; Two Important Installations During November and December 2022

In November 2022, two Historical Markers were placed in Waban. One was placed on Waban Common and a second in Waban Square across from the Suzuki School. They are part of a series of signs that the Newton Historical Commission is planning to create and place in Newton’s 13 historical village centers and at other historical sites throughout the City. One such sign already exists at the Hyde Center in Newton Highlands and another in West Newton Square. Funding for these two Waban signs was underwritten partially by the Waban Improvement Society and the remainder of the funding was donated anonymously. The City’s Departments of Public Works and Parks, Recreation and Culture were responsible for facilitating the placement and installation of the signs with approval of the content from
the Newton Historical Commission.

Leaders of the Waban Improvement Society, Waban Area Council and Suzuki School were tasked with creating the tone and content of the signs under the guidance of Laura Foote, a fellow Newton volunteer whose perseverance and vision also moved the Hyde Center and West Newton signs from blueprint to installation. Since Waban’s village center is split in half by the MBTA tracks, the committee charged with creating the content for these signs determined early on that two signs would be needed to document the myriad historical places that defined Waban’s history. The sign that is across from the Suzuki School on Beacon Street chronicles the development of Waban Square and the distinctive architectural gems on that side of the MBTA tracks. The other sign, placed on the Collins Road side of the walkway in the middle of Waban Common, recounts Waban’s community-based history, Angier Elementary School’s beginnings, the beginnings of the two Churches that have operated here for decades, and the creation of Waban Common – a community asset developed in Waban by volunteer community members whose wish is to continue the heritage of community participation in our village, working closely with the City under the auspices of the Adopt-A-Space Program. On each sign there is a QR Code that can be followed for additional information of the sites that are highlighted on the signs. That document is a “living history” and will be updated as appropriate over time.

In December, 2022, the wonderful, whimsical 8-foot-long bronze caterpillar that the Board of Waban Common, Incorporated commissioned renowned artist Nancy Schon to create, was installed on the Common’s south side early on the morning of December 20th. It already has borne witness to children and adults alike enjoying its new presence on the grass. The City’s Parks and Recreation Department, under the guidance of Luis DeMorizi, coordinated the complex installation with Newton’s Department of Public Works and the foundry that delivered the sculpture to its current position. Waban Common’s Board is immensely grateful for the professionalism demonstrated by the employees of these two city Departments who understood the difficult parameters involved in the installation of this heavy piece of art and who rose to the occasion, even bringing in larger equipment to lift the sculpture into place.

Waban Common, Incorporated will hold a dedication ceremony this spring/summer to recognize the completion of our planned installation of this lovely public park, honoring its donors, named and anonymous, and volunteers who have contributed to making what we envisioned a reality.