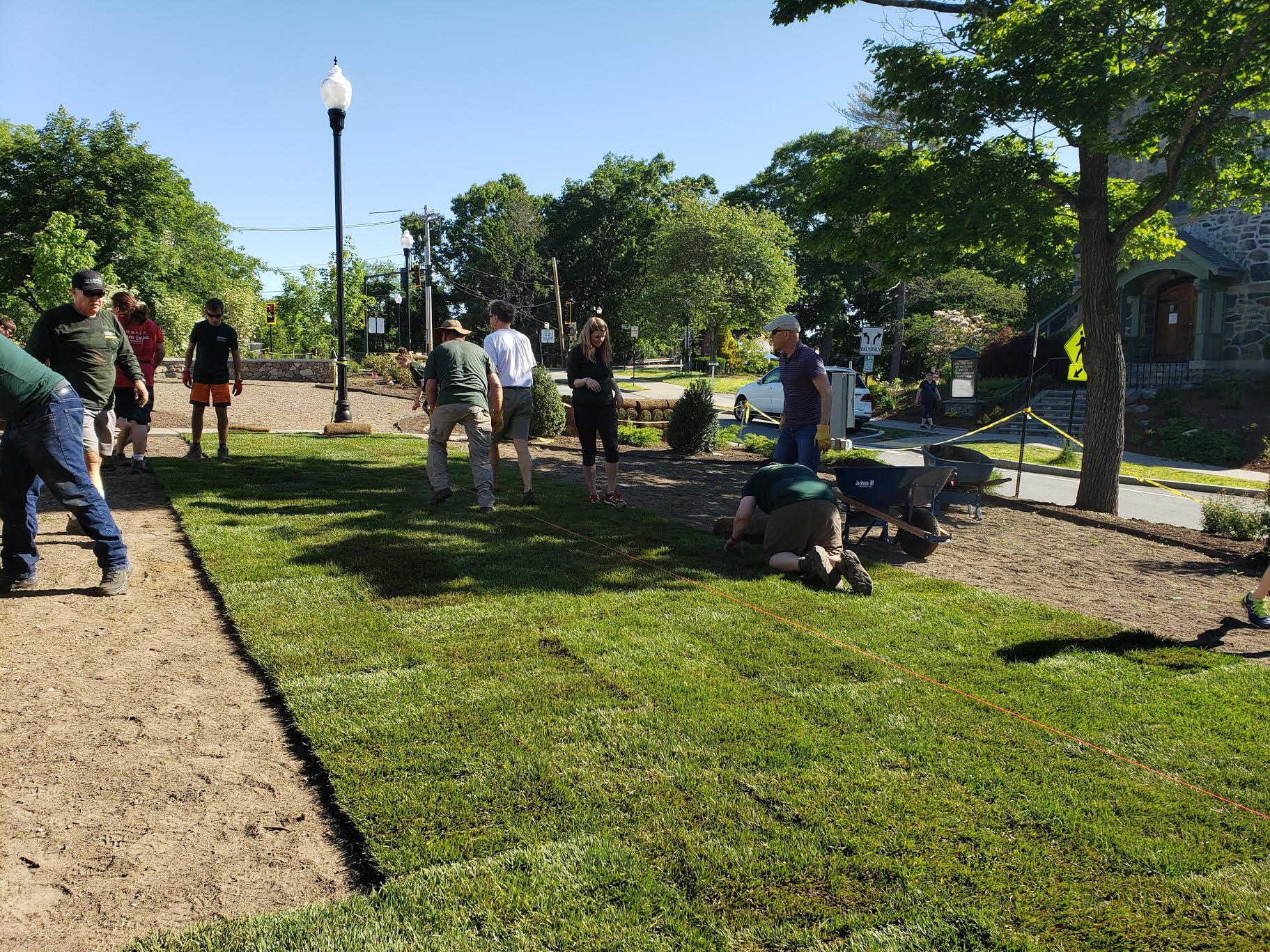 On June 8, 2019, the Waban community came together to lay 9,000 square feet of sod to complete the new park on Beacon Street opposite the Angier School. The sod was donated by Sam White and Sons of Newton and was laid by members of Scout Troop 9, together with their family and friends, under the supervision of Jim Egan of Land Design Associates. Breakfast was provided by the Waban Starbucks, and lunch was provided by Dunn Gaherin of Lower Falls.

Waban Common was created when two traffic islands were combined in conjunction with the building of the new Angier School. Waban residents then formed Waban Common, Inc., a tax-exempt, non-profit corporation whose board members are all Waban residents, to enter into an Adopt-A-Space agreement and to work with the City Parks and Recreation Department to create a public park on the site. For the last year and a half, the non-profit has raised funds to implement the City-approved landscape plan for the site.

The City has provided 19 new trees, and Land Design was hired to grade the site, build two stone sitting walls, build several planting beds, and to plant new shrubs. Dawson Landscaping then installed an irrigation system on the site. The sod laying was the final element of the landscape plan to be completed.  Two wheelchair entry points near the four benches on the north side of the site have been installed, and a wheelchair entry from the northeast corner that will lead to an ADA compliant game/picnic table, and an entry from the mid-island walkway to two new benches has been installed.

The City will maintain the grass, but does not have the resources to maintain the shrubs and other plantings in the park. Therefore, the current focus for Waban Common’s Board is raising funds to permanently maintain this new space. We hope to eventually raise $100,000 for this purpose.